So, you’re considering a career in care? Read on…

If you want a job where no two days are the same, then a career in the care sector is worth considering. If you’re looking for a position that is both challenging but incredibly rewarding, then care work may be for you.

To have a fulfilling career in care, you don’t necessarily have to have vast amounts of qualifications or experience; meaning that a care job may be more accessible than you think. Even if you do have experience, every environment and individual is different and will require adapted working styles, so adaptability and resilience are both crucial qualities to possess.

Here, we breakdown just what it takes to be a serious contender for a career in the care industry.

When it comes to interviewing, of course dressing appropriately and looking the part is important, but most employers will ultimately be impressed with your knowledge of the role.

It is important that, going into the care interview, you understand the roles and responsibilities of the care worker position, as well as the values of the company. Researching this beforehand will allow you to confidently navigate your interview, and will showcase your commitment to the role.

When responding to questions, try to remain relaxed. Practicing your responses to commonly asked questions in preparation for your interview may help with this; allowing you to respond confidently on the day.

Here are some samples of questions that could be asked. However, remember each interviewer is different:

Now, let’s cover some of the more tricky questions.

What are your strengths and weaknesses?

In an interview, we are keen to impress, so it is understandable that you may want to list off a dozen strengths to your interviewer. However, still be prepared to have an open conversation about your weaknesses too. An employer wants to see that you can recognise your own areas of personal development, and have a solution for them too.

What qualities can you bring to the job role?

This question is all about you and why you think you’d be ideal for the job role, so, don’t be afraid to really sell yourself! This is what Jo Bongiovi, Head of HR Admin at Lisieux Trust, recommends:

“Transparency and honesty are important qualities to show in an interview, as they are qualities of a good person. I don’t look for any particular personality, but I do look for somebody with a warm energy. I look for somebody that is enthusiastic, and shows they have a passion to work in care.”

Can you give me an example of a time when you have actively participated in a team?

Teamwork is crucial in care. In high pressure situations, it’s important that your colleagues can rely on you, and vice versa. Your ability to work succinctly in a team will ultimately impact the outcomes received by the people in your care.

Good teamwork is formed by different elements such as good communication skills, ideas, support, and efficiency. Giving examples of how you’ve used these elements, or how you would use these elements, will truly show you understand the importance and impact of good teamwork.

Why do you want to work here?

As a care worker, you will be responsible for some of society’s most vulnerable. Your answer to this question will tell the employer a lot about you as a person and your intentions.

Working in care requires a person to be naturally compassionate and caring. Be prepared for the fact that working in care isn’t always glamorous, so pursuing such a role isn’t for the faint-hearted.

Think about all the reasons why you chose to pursue this particular opportunity, and be sure to show that honesty and authenticity during your interview.

The two most common questions brought up in a care interview are typically based around legislation and safeguarding. Both are incredibly important things you need to be aware of and understand when working in care.

The care industry is based on lots of ever-changing legislation. These form a standard to ensure that individuals who require support are being supported correctly.

Safeguarding is the action of protecting somebody in a vulnerable group. As a care worker, it will be your responsibility to report and intervene (where safe) any type of harm or abuse directed at the people you support.

Preparing responses that show your understanding of this will truly help to set you apart.

Being a care worker isn’t a 9-5 job, as care will always be required outside of office hours. It’s important to be aware that most care roles won’t come with regular shift patterns, and will require you to sometimes work unsociable hours, so flexibility is key.

Your day-to-day duties will differ hugely, and priorities will often change at the drop of the hat. Demonstrating your adaptability is important, as this will evidence your dependability.

Ready to kickstart your care career? If you think you have what it takes to be a successful care worker, visit www.lisieuxtrust.org.uk/work-for-us to learn more about our current vacancies. 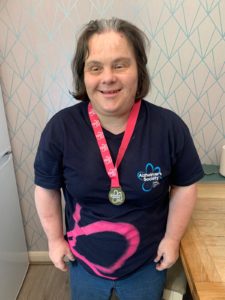 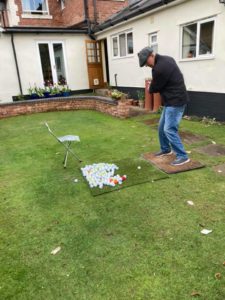 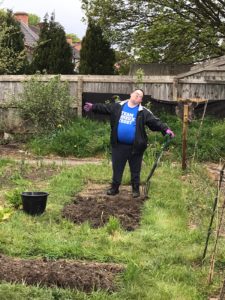